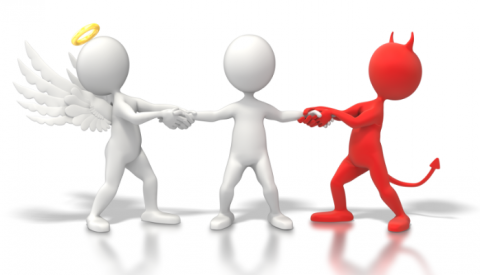 During my suspension relating to the hostile environment and academic freedom survey I had created with my students, there was a great deal of communication among my colleagues.  Due to the prohibition on me communicating with students or even being present on campus, I only learned of some of the accusations and arguments after they were presented and accepted by many members of the faculty.  One of my colleagues, much to the delight of our dean, compared the mental anguish our survey of attitudes and opinions about hostile environments and academic freedom had caused to “injecting the Tuskegee inmates with the syphilis virus…”  Most faculty members in the social sciences are well aware of the infamous events at Tuskegee.

The “Tuskegee Study of Untreated Syphilis in the Negro Male” represents one of the most egregious breeches of research ethics in American history.  Disclosures relating to these studies prompted an investigation culminating in the Belmont Report which became the foundation for our current standards for research involving human subjects and the requirement for all institutions to establish Institutional Review Boards (IRBs).  These will be discussed shortly.  However, truth often gets distorted when it is recruited in service to one side or the other in a tribal conflict. A few corrections to my colleague’s claim illustrate this point: 1) Syphilis is a bacteria not a virus; 2) The study in Tuskegee used indigent share croppers rather than prison inmates, and 3) the subjects of the experiment were never injected with the syphilis bacteria; they had already contracted the disease prior to the study’s initiation.  Nonetheless, subsequent investigation revealed that withholding treatment from the 400 subjects who had contracted the disease contributed to many premature deaths and resulted in the infection of many others (viz., their wives and children born with congenital syphilis).  Due to broad interest and great importance, the Wikipedia site relating to this subject offers many primary and current resources relating to this shameful ethical lapse and its aftermath.

“The Tuskegee Syphilis Study, cited as “arguably the most infamous biomedical research study in U.S. history,” led to the 1979 Belmont Report and to the establishment of the Office for Human Research Protections (OHRP). It also led to federal laws and regulations requiring Institutional Review Boards for the protection of human subjects in studies involving them. The OHRP manages this responsibility within the US Department of Health and Human Services (HHS)” (Wikipedia, 20019).

The National Commission for the Protection of Human Subjects of Biomedical and Behavioral Research authored the Belmont Report in response to an investigation by a special commission of the US Department of a Health, Education, and Welfare (HEW).  In 1979, the Commission’s report, Ethical Principles and Guidelines for the Protection of Human Subjects of Research, was published in the Federal Register. This report lists the federal guidelines concerning researcher and institutional responsibilities for protecting subjects in medical and behavioral research.  The Belmont Report presents three ethical principles that provide the foundation for other regulations and reports it published.

The three ethical principles for conducting research involving human subjects are 1) respect for persons, 2) beneficence, and 3) justice.  Respect for persons requires that subjects of research be informed about the study for which they have volunteered and advised in advance of any dangers.  They should acknowledge receiving the information and their decision to volunteer in writing.  Researchers should be truthful and minimize deception to only that which is necessary.  Beneficence requires a balancing of potential costs with potential benefits from the study.  It implies the researchers should make charitable and generous assumptions in designing their research protocols and do all they can to reduce the risk of harm to their subjects.  Justice reflects a commitment to basic fairness.  Those who bear the greatest costs and potential risks should receive the greatest benefits of the research.  For example, participation in activities designed to extract information from prisoners for the benefit of their interrogators would be considered profoundly unethical.  These principles were incorporated into the federal regulations establishing Institutional Review Boards and their activities.

The Department of Health, Education and Welfare (HEW) revised and expanded its regulations for the protection of human subjects (45 CFR part 46) in the late 1970s and early 1980s.  The latest completed version of the Combined Federal Regulation, Title 45, Part 46, addressing human subjects research  can be found at: https://www.govinfo.gov/content/pkg/CFR-2016-title45-vol1/pdf/CFR-2016-title45-vol1-part46.pdf .  Part 46 is approximately 20 pages in length.  Subpart A to which about half of the regulation is devoted provides details of the policy and establishes the basic requirements for the creation and function of IRBs.  The next three subparts give special guidance and extra protections for (B) pregnant women, fetuses, and neonates, (C) prisoners, and (D) children.  The final subpart contains additional information concerning IRB administration.  The regulations themselves have been consolidated into about a dozen logic diagrams that help clarify and emphasize the most important information and the relationships among the many rules.  These can be found at: https://about.citiprogram.org/en/homepage/ .   The Collaborative Institutional Training Initiative (CITI) provides training programs for students, investigators, and prospective IRB members.  These programs can be found at: https://about.citiprogram.org/en/homepage/ .  For those employed by member institutions, training is without charge to the individual.

It is beyond the scope of this essay to cover the Combined Federal Regulations concerning Human Subjects Research, or the typical local rules and regulations implementing these federal guidelines.  However, it is useful to note some of the exceptions and exemptions which are part of these regulations.  One might presume that the regulations cover everything and that anything any individual does to engage or observe another might be considered “research” and fall under the aegis of the local IRB.  Fortunately, the regulations establish some boundaries around the types of activities for which federal oversight and restriction are required and to which the CFRs apply.  The first question in determining whether an activity qualifies as research asks if the activity is systematic and if it is designed to contribute to generalizable knowledge (45 CFR 46 (102 (d))).  Thus, an occasional casual observation is not “research.”  Similarly, a satisfaction survey sent out by one of the many campus services or something designed to address campus-specific issues would not necessarily be considered human subjects research either.  Another very important question that distinguishes “human subjects research” and, thus, requires IRB review, is whether the activity will include direct engagement with subjects or the collection of information that could be used to individually identify subjects.  Activities which do not involve either of these characteristics are not deemed to be human subjects research (45 CFR 46 (102 (f) (1).(2))).  Many data collection platforms provide the option of collecting data with or without such individual reference.  There may be reasons to collect data that will allow subsequent identification of individuals, but forgoing this information, has certain practical advantages.  There is also an exemption from review for studies of “elected or appointed” public officials (45 CFR 46 (101 (b) (3))).

It is noteworthy that IRBs are granted the authority to approve, modify, or deny research proposals, and must carefully consider the potential benefits as well as any risks to subjects that may be involved in each research proposal.   At its best, an IRB review is a face-to-face collaboration between the prospective researcher and the members of the IRB.  As with most other institutions, the Berea College Faculty Manual provides extensive guidance concerning the content and format researchers must use when applying to the IRB for permission to conduct human subjects research.  The regulations do not provide guidance for IRBs conducting reviews and evaluations of research after the fact.  The primary goal of the CFRs and IRBs is the protection of subjects, not the avoidance of controversy or the suppression of information that the administration might find embarrassing or disturbing.