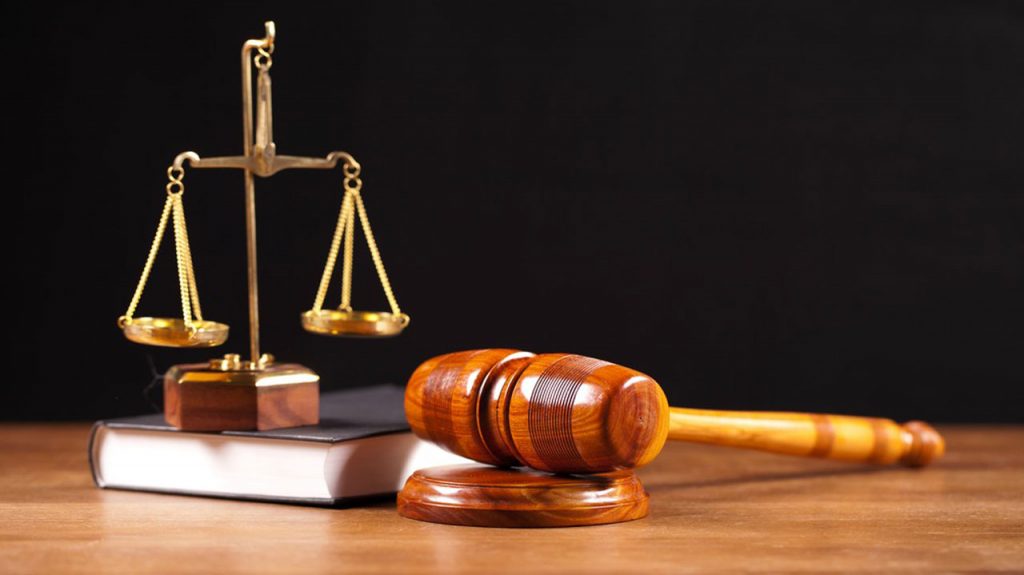 In many ways, the American Revolution embodied the ideals of the Enlightenment and reflected the liberal desire to balance rights of individuals with limited government (Rubin, 2018; Pinker 2018).  The original Constitution did not protect individual freedoms; however, shortly after its adoption, the rights of individuals were secured by Congress’ adoption of the first ten amendments (viz., the Bill of Rights).  Of special importance, was freedom of speech.  Many consider this to be the Constitution’s most distinctive and enduring characteristic (Whittington, 2018).  This is the freedom on which many other individual freedoms rest.  Assuring individuals, the right to think freely and express and act upon these thoughts (in so far as they do not physically injure others), is an essential aspect of our democracy.  The inclusion of freedom of speech was controversial; some saw it as destabilizing and dangerous.  Soon after the passage of the Bill of Rights, Congress hastened to pass the Alien and Sedition Acts which severely limited individual’s right to criticize the president and the federal government.  Citizens retained broad latitude to speak out, so long as they did not disparage the democratically-elected government.  President John Adams, a Federalist, used harsh measures to punish and suppress the arguments and criticisms of his adversaries, the supporters of Thomas Jefferson, his vice president.  Property was confiscated; President Adams’ most vocal critics were fined and imprisoned.  However, several years later, with the election of Thomas Jefferson, a Democratic Republican, these acts lapsed, never to be renewed.  All punishments under their auspices were annulled and all fines were reimbursed (French, Lukianoff & Silvergate, 2005).

After overturning these overt assaults on free speech, lower courts often nibbled away at the full potency of free speech for much of the 19th century.  Threatened by the destabilizing effects of abolitionists’ impassioned appeals, Southern slave owners sought to prohibit and punish those who spoke out against slavery (French, et al., 2005).  Claiming “emotional distress”, slave owners sought to suppress the abolitionists’ firey rhetoric.  It is interesting to note that the “emotional distress” being caused by slavery itself was completely ignored in these pleadings.  Nonetheless, these efforts failed, largely due to underlying popular support for the general concept of free speech (Curtis, 2000). Social activists from Frederick Douglas to W.E.B. Du Bois affirmed the centrality and necessity of freedom of speech in America (MacDonald, 2018).

Perhaps the clearest and strongest philosophical arguments for the necessity of free speech are contained in John Stewart Mill’s monograph, On Liberty, published in 1859.  In this brief, but dense, defense of freedom of speech, Mill argues that freedom of speech is necessary for civilization in general but especially for democratic governance.  Mill argued that civilized societies must acquire and distribute truth continually.  Unless one assumes that a full and complete understanding of the truth has already been attained (something Mill labeled the illusion of infallibility), the debates engendered by a diversity of opinions assured by freedom of speech facilitate the on-going acquisition and refinement of truth.  If a commonly held belief turns out to be completely true, then marshaling the evidence necessary to defend it is, nonetheless, useful and society benefits.  If the commonly held belief turns out to be completely false, then consideration of its alternative is essential, and its suppression might be catastrophic.  In the far more common situation when commonly held beliefs turn out to be partially true, consideration of alternative (minority) views is essential in helping to refine and develop the common understanding and application of the belief.  Mill believed that such protections were even more important in democracies than they had been to monarchies and other autocracies.  Left to their own devices, majorities eagerly (and all too often, easily) oppress minority opinions.  Like Jefferson, Mill (1859) asserted that free speech in higher education was essential to procuring the many blessings and epistemological benefits it might bestow on a democracy.

Initially, freedom of speech was more limited than it is today. “Fighting words” and “emotional distress” often were accepted as reasonable limitations on an individual’s freedom to express beliefs deemed offensive or otherwise harmful or unpatriotic.  The US Congress passed the Federal Espionage Act in 1917 in support of government’s right to restrict speech as the country prepared to enter World War I.  In response, Charles Schenk, general secretary of the American Socialist Party, sent 15,000 letters to draftees urging them to resist the draft.  Schenk claimed his letter was protected by the First Amendment and the Supreme Court accepted its first clear test of the freedom of speech.  Justice Oliver Wendell Holmes, writing in support of a scant 5-4 majority finding for the government and against Schenk, asserted that in times of war, freedom of speech was appropriately limited when words themselves may constitute “a clear and present danger” to others.  Although the court decided in favor of the government in this case, in doing so, it set a very high bar for restricting speech in all other circumstances (Bollinger & Stone, 2018).

In their eclectic anthology, The Free Speech Century, Bollinger and Stone (2018) present a collection of essays documenting the rise and current role of freedom of speech in contemporary American jurisprudence.  In their introductory dialogue, Bollinger claims:

“Through thousands of cases, reams of scholarly commentary, and intense and sometimes heated public debate, there emerged in America, a jurisprudence of freedom of expression that is the most elaborate, the most doctrinally detailed, and the most speech-protective of any nation on Earth, now or throughout history” (p. 1).

Stone identifies three key themes which reflect the way courts now interpret and apply the First Amendment.  These are “the chilling effect,” “the pretext effect”, and “claims of crises”.  Each of these facets deserves a brief explanation.

The chilling effect reflects a phenomenon familiar to behavioral scientists.  The human urge “to go along to get along” is strong and is a part of our neuro-chemical evolutionary endowment (Breuning, 2011).  It can be explained by the potent effects of the neurotransmitter, oxytocin, which explains our general mammalian need to bond to one another in social groups.  Human beings need each other, and those who express views contrary to common beliefs risk being ostracized and rejected by their group.  However, as Meiklejohn observed, the net effect of the individual fear of rejection “mutilates the thinking process of the community.”  This observation reflects concerns expressed earlier by both Jefferson and Mill: individual dissent is dangerous; without protection, it will disappear, and (if it does) the whole community suffers.  “Recognition of this chilling effect and of the consequential power of government to use intimidation to silence its critics and to dominate and manipulate public debate, was a critical insight in shaping First Amendment jurisprudence (Bollinger & Stone, 2018, p. 5).”

Noting that free speech is often offensive, obnoxious, and uncomfortable, the Court has recognized that officials and administrators often fabricate reasons to justify suppressing it.  This practice is so common, it is the second of Stone’s insights: “the pretext effect.”  Given the breadth and lack of clarity in current guidance from the Department of Education’s Office of Civil Rights, college administrators have little difficulty in finding and interpreting justifications for suppressing speech they find to be offensive, obnoxious, or simply unwelcome.  Issues of “confidentiality” are sometimes imported to create support for punishing faculty members, especially if the offense involves information about a student.  However, information about issues and institutional policies (that do not contain personally identifying information) are inherently “public” in nature and, thus, have generally been deemed to be protected speech by the courts.

Another common rationalization for suppressing free speech is to claim a crisis is imminent.  Bollinger and Stone (2018) label this third component the “crisis effect”.  French, Lukianoff, & Silvergate (2005) explain the dangers of a common example related to the “crisis effect” as the “hecklers’ veto”:

“If a society were to restrict speech on the basis of how harshly or violently others reacted to it (i.e., create a crisis), there would be an incentive for those who disagree to react violently…  This would confer a veto… to the least tolerant, most dangerous, and most illiberal… which… would result in a downward spiral to mob rule” (p 29).”

University administrators seldom have difficulty in finding groups of individuals, often interconnected through social media networks, willing to express outrage at what they perceive to be politically incorrect speech.  Potential harm to the “well-being” of others can be another pretext for suspending or censuring or dismissing a problematic faculty member.  Thus, “the Court has learned to adopt a strong presumption against the constitutionality of view-point based restrictions (Bollinger and Stone, 2018, p. 6).”

It was not until many years later that the court would revisit the issue of emotional distress that had been used by respectable slave owners in attempts to thwart abolitionists’ speech prior to the Civil War.  Intentionally inflicting emotional distress on another, for no good reason, is cause for a civil claim (i.e., a tort) rather than a criminal offense.  Generally speaking, the injured party must show that the intentional or reckless words of another caused injury and that these actions were “outrageous”.

“According to the guidelines many states have followed in crafting their tort law, conduct must be ‘beyond all possible bounds of decency’ and ‘utterly intolerable in a civilized community’ to qualify as ‘outrageous’.  It must be ‘so severe that no reasonable man can be expected to endure it.’ ‘Mere insults’ do not qualify (French, et al., 2005).”

The Reverend Jerry Falwell sued Hustler Magazine and its publisher, Larry Flynt, for its multiple merciless lampoons of him claiming severe emotional distress.  Despite seemingly outrageous claims, including the suggestion that Falwell had an incestuous relationship with his mother, in 1988, the Supreme Court decided in favor of Hustler Magazine noting that despite the fact that personal distress was clearly intended, such satire was fully protected speech under the First Amendment (French, et al., 2005).   Thus, even when it is proven, and even when it is great, emotional harm caused by words alone is an insufficient reason to deny another person’s First Amendment rights of free speech.  Perhaps the persecution of the perpetrators of the recent “grievance studies hoax” (to be discussed later) may run afoul of the Constitution on this basis.